Honeybells Are Citrus Fruits for Everyone

You probably already know that fresh citrus fruit gives its users a whole arsenal of life and health giving tools with which to build a stronger, more vibrant life. Fresh citrus fruit is some of the healthiest fruit on Earth, and Honeybell oranges are some of the tastiest.

The Strange, True Story of the Honeybell Tangelo 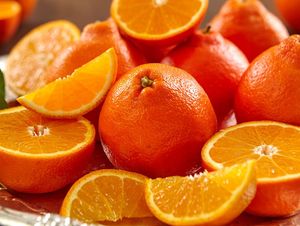 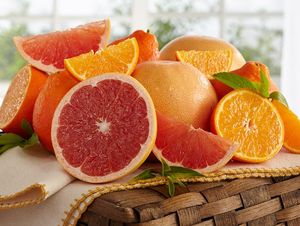 Honeybells are sometimes easily confused for oranges, thanks to their rich orange coloring and pitted rinds. Even though the Honeybell is a citrus fruit and it’s grown in the rich farmland and nourishing sunshine of the Florida peninsula the Honeybell is technically not an orange.

The Honeybell is a hybrid fruit that was first created by farmers in the Orlando area back in 1931. Looking to make a more delicious variety of fruit to sell to the public, they cross-bred a Duncan grapefruit with a Fancy tangerine. The local USDA released the fruit to the public soon after. Though its proper name is the Minneola tangelo, named for the village near Orlando, in recent years the name Honeybell, which describes its sweet taste and rough bell shape, has grown more widespread.

The Honeybell Is The Best of Three Worlds

Honeybells are a blend of two delicious kinds of fruits, including the amazing citrus taste and nutrient wealth of the grapefruit. But its creation is still a little mysterious! For while its parents are both seeded fruits, meaning their seeds appear inside the fruit’s pulp, Honeybells do not have seeds. They do however have a small knob at one end, from which the fruit hangs to its tree.

Honeybells are about the size of an orange, and have an orange rind, but are not oranges. In fact, they are actually easier to peel and carry more juice than a typical orange. Because they’re juicy and easy to peel and have no seeds they’re a popular fruit to give to children who are just learning to eat on their own.

The Honeybell Has a Short Peak Season

Honeybells only reach their peak season for a relatively short amount of time compared to other fruits. Their harvesting season lasts just a few weeks in December and January. These can make the Honeybell sometimes hard to come by, though they are available as part of delicious fruit baskets from many online retailers and assorted fruit basket boutiques. Be sure to order early, all the same.

This rare citrus variety, harvested only in January, is bursting with bright, sweet flavor and in high demand. Our short supply of Honeybells are available now!
Shop Now