The History of Indian River Grapefruit

Indian River grapefruit and oranges are the most popular types of citrus fruit sold. That’s because people know that Indian River citrus fruit is the best tasting citrus fruit that is grown in the US. The Indian River citrus district isn’t large but the fruit that comes from it is remarkably tasty. One of the reasons for this is that the land and fruit groves have been relatively unchanged since the 1800s when the area was first cultivated. Many of the fruit groves are still family owned and operated and all of them take great pride in producing the best fruit in America. 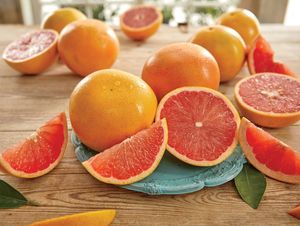 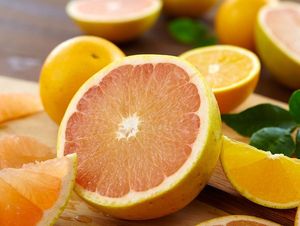 Indian River grapefruit and oranges are special because of the amazing quality of the fruit and the great taste. It’s the unique combination of the weather and the soil in that particular district that creates such wonderful fruit. The groves are just far enough from the ocean to be protected from the cool temperatures that can roll in over the ocean and fed by the nutrients deposited in the soil by the Indian River. The combination of perfect temperatures and a perfect nutrient blend create the best tasting citrus fruit you can buy.

Delight in the tart taste of freshly ripened Grapefruit from Hale Groves. Hand-selected and shipped to your doorstep, just-picked Grapefruit is a treat that will brighten any winter day.
Shop Now